On this weeks programme John and Shane are joined by Pat Kenny to discuss the life and contribution of Fr Willie Doyle SJ, one of the Irish Jesuit chaplains during WWI. We have our regular reflection on this weeks Sunday gospel as well as a look at this weeks celestial guides plus other odds and ends.

You can listen to the podcast of this weeks full programme HERE.

On this weeks programme, Pat Kenny introduces us to Fr Willie Doyle SJ - one of the Irish Jesuit chaplains who served (and in his case died) during WWI.

Fr Willie was born in Dalkey, Co Dublin on March 3, 1873. He was the youngest of seven children, four boys and three girls, out of which two boys became Jesuits, another died a few days before his priestly ordination and one of the three girls became a Sister of Mercy: four vocations out of seven children.

He entered the Jesuit Novitiate at the age of 18. Soon after his ordination in 1907, his superiors appointed him on the mission staff for five years. From 1908 to 1915, he gave no less than 152 missions and retreats. His fame as preacher, confessor and spiritual director spread wide and far, and he had a special gift to hunt out the most hardened and neglected sinners and to bring them back with him to the church for confession.

He was finally appointed during World War I chaplain of the 16th Irish Division, serving with 8th Royal Irish Fusiliers, Royal Inniskilling Fusiliers, 9th Royal Dublin Fusiliers, 6th Royal Irish Rifles and the 7th Royal Irish Rifles. Having fulfilled his priestly duties in an outstanding fashion for almost two years, he was killed in the Battle of Ypres on August 16, 1917, having run “all day hither and thither over the battlefield like an angel of mercy.” This good shepherd truly gave his life for his sheep.

In To Raise the Fallen, Patrick Kenny introduces readers to this remarkable figure from Irish Catholicism whose faith, courage and generosity in the face of untold devastation continues to inspire Christians and non-Christians alike.

To Raise the Fallen comprises a selection of Willie Doyle’s rich and vivid letters from the front, alongside diary entries, prayers, spiritual writings and extracts from pamphlets on the vocational life that made him a publishing sensation across Europe in the early years of the twentieth century. Father Doyle’s compassion, cheerfulness and humility, alongside his great valour in wartime, are testament to his commitment to Gospel values, while his final act of bravery truly epitomises Christ’s edict that there ‘is no greater love than to lay down one’s life for one’s friends’.

You can listen to the interview with Pat excerpted from the main programme podcast HERE. 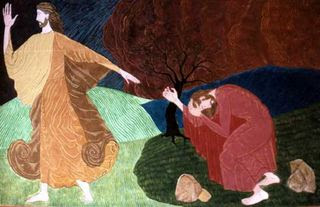 Jesus began to show his disciplesthat he must go to Jerusalem and suffer greatly
from the elders, the chief priests, and the scribes,
and be killed and on the third day be raised.
Then Peter took Jesus aside and began to rebuke him,
"God forbid, Lord! No such thing shall ever happen to you."
He turned and said to Peter,
"Get behind me, Satan! You are an obstacle to me.
You are thinking not as God does, but as human beings do."
Then Jesus said to his disciples,
"Whoever wishes to come after me must deny himself,
take up his cross, and follow me.
For whoever wishes to save his life will lose it,
but whoever loses his life for my sake will find it.
What profit would there be for one to gain the whole world
and forfeit his life?
Or what can one give in exchange for his life?
For the Son of Man will come with his angels in his Father's glory,
and then he will repay all according to his conduct."


Reflections on this weeks gospel:

Saints of the Week 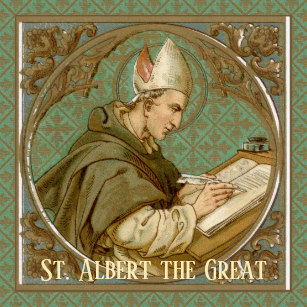 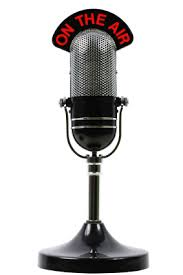 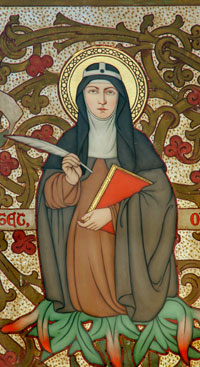 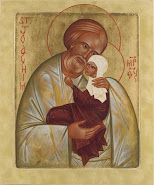 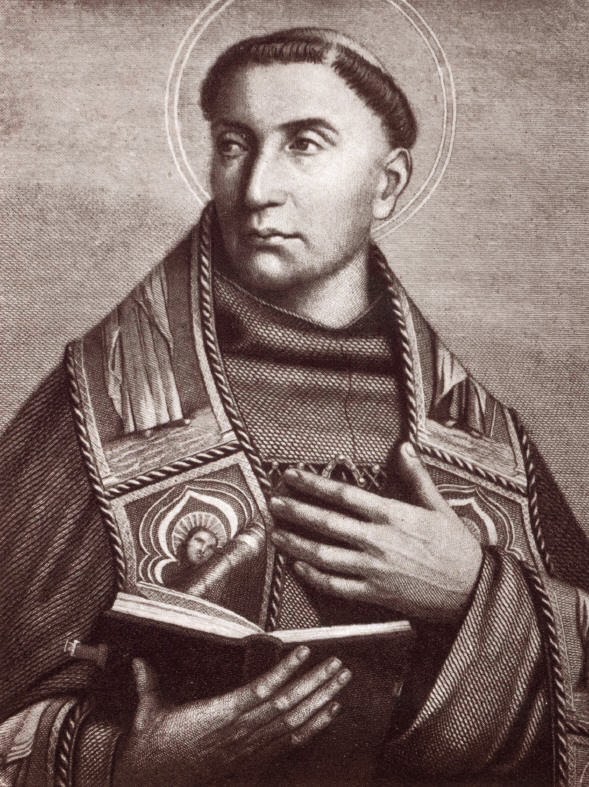 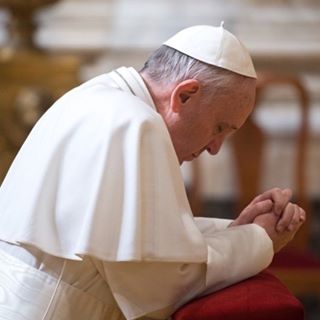 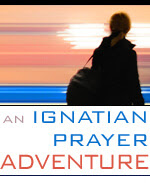 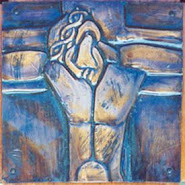